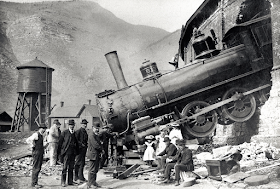 I'm hesitant to make predictions. Whenever I do I make judgements based on logic and I often fail to take into account that government by its very nature is an irrational thing. My own calculations prior to the referendum led me to believe that the UK would probably seek to stay in the single market once they came to terms with the size and scope of the task at hand. My working assumption was that our civil service would sufficiently muddy the water and the Brexit zombies would be marginalised.

That hasn't happened. It turns out the civil service doesn't have a handle on it either and mid ranking officials dare not speak up in fear of being replaced. Consequently we have a government with a woefully simplistic view of Brexit, unable to grasp that they have not the time nor the intellectual resource to achieve anything close to what they believe is possible.

I had half expected parliament at some point to assert itself. That was a reasonable bet since Parliament has not in the last two decades ever shown any particular regard to public sentiment. With a remain majority in the House, one might have expected Parliament to moderate the government. It failed.

All of my working assumptions have actually been far too optimistic. You might even say naive. In that respect I feel I have mislead some of my readers. The notion that the government would eventually see sense could well have been wishful thinking.

It seems that only now we are a month away from pushing the button has the media woken up to the realities and even then they do not have a comprehensive grasp of the issues. The media in many respects is the dog that didn't bark. Or rather it went in for pointless incessant barking so that people just tuned it out.

Consequently it now looks like we are going over the cliff. There simply isn't time to negotiate a comprehensive free trade agreement. There is barely enough time even to ratify one. The only way to avoid a crash is to agree inside the framework of Article 50 to maintain EU membership until an FTA can come into force.

As much as that notion will be intolerable to our own government, what is often overlooked is that the EU doesn't have much of a clue either. We are assuming way too much competence on their part. Only when we get the verdict of Commission officials will we know what is possible and I guarantee the government isn't going to like that. A transition will likely mean extensive membership with all the obligations that go with it. It won't be a matter of obstinacy. It will be a matter of law and practicality.

At this point we need to watch out for May and her gang who will likely treat this like a dramatic showdown. We can expect theatricals for the folks back home. She will make empty threats of walking away only to be met with typically nonchalant French shrugs.

As it happens, I don't have any insight as to whether May is serious about not paying a divorce settlement. We have had some indication from Davis that we might but this is really a matter of law and contract whereby the EU will not be minded to haggle. May is pretty much offering up the same sentiment as Trump. "We're going to build a wall and they're going to pay for it".

It all really depends on how seriously the government is taking it. They have been told by their officials not to expect any serious interruption to trade should we walk away. There is a dangerous complacency at all levels of government and industry. Meanwhile, City economists who know little of systems and legal structures will flatulate about tariffs with absolutely no regard to the fact that the EU is a system of government and not just a trade bloc.

One of my working assumptions hitherto now is that if reality doesn't bite before we push the button then it will shortly after. I think possibly that is another assumption I will have to throw in the bin. The whole process could very well be a pathetic political circus that never gets down to the serious details. There has been little in the way of scoping and we have not seen any position papers except for some vague aspirational stuff. There are no contingency plans either.

It would seem that unless there is some kind of adult intervention, where the clock is stopped we may very well sleepwalk into a trainwreck Brexit. It will simply happen and nobody will have the first idea why. The remainers will bitterly complain and gloat, the leavers will stamp their feet and blame the EU. Ultimately though, the blame will lie squarely with this Tory government.

Though a trainwreck is something I have campaigned hard to avoid, I expect in the future I will realise it was daft of me to expect it would go any other way. In some ways though, I am mischievously looking forward to it. As much as it will obliterate the Tories, it will be interesting to see the multifarious ways the system implodes and how we will cope with it. The whole thing turns on an elaborate web of rules and systems within systems. If we unplug it at the wall then things will get very interesting, very quickly. Whatever it turns out to be, it certainly won't be boring.
Pete North at 01:25
Share