Brexit is a chance to unlock politics 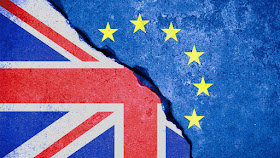 During the general election the Tories put forth a policy that would see care costs deducted from assets. It was very rapidly labelled a "dementia tax". A lot of people didn't understand the policy and a lot more wilfully misrepresented it. I didn't happen to think much of the policy but I do recognise why there needs to be a policy because the model current policy is based on an unsustainable ideal of post-war health universalism. That's a problem.

The public demands top quality care and they expect the state to pay for it. What they don't want to acknowledge is the spiralling costs of it nor do they acknowledge that our expectations of the state far exceed what many will ever pay in. Meanwhile everybody expects and demands that the NHS can and should provide the full range of care for free without exception.

For as long as I can remember reform of this model has been the single most unapproachable topic. Nothing else quite triggers left wing histrionics like the suggestion that a Rolls Royce healthcare is not a human right. The consequence of this is that any reforms have to be done by the back door, very gradually while the system continues to underperform.

What we actually need is for an adult government to make the tough choices. While the NHS remains a sacred cow and while the public still have a childish sense of entitlement, there is no hope of ever stopping the rot.

The consequence of of the current political malaise is that while we still nominally maintain a free health care system is is one that is widely abused, taken for granted, and one that has to ration services to the point where you can't get an appointment within a week of needing one. The simplistic criticism is that the system is underfunded and would function better if only we firehosed more cash at it. Except that this isn't the answer, it doesn't work and we cannot afford it.

The same dynamic applies to pretty much every area of public service provision. Any reform or rationalisation is met with fierce political resistance and that leads to a political stalemate. At best a government gets to push through only one set of reforms in its lifetime. Very rapidly they run out of political capital.

This has been the state of play in politics for all of my adult life and it is so entrenched and tribal that we can never move past this permanent state of dysfunction. The moment a conservative government attempts reform, all the classic tropes are trotted out about uncaring, merciless "Tooories". Playground stuff.

I for one am tired of this. The motives behind Tory welfare reform are entirely honourable and though I do not hold Iain Duncan Smith in the highest esteem on matters of Brexit, his programme of reforms was timely and necessary. The left can trot out all the sob stories but this doesn't move me. The horror tales we hear are the outliers; generally those who fall between the cracks as governments attempt to transition one complex system to another. It happens.

There are occasional cases where benefits are stopped with a devastating impact on the individual and this is sold as though Tory ministers are personally responsible and the motive entirely vindictive. The likes of Owen Jones and other Guardian bimbos have made a career pushing this line. It's cynical and exploitative.

The motive behind this misframing is to preserve in aspic a creaking socialist system that primarily benefits the powerbase of leftists - which tends to be those who work within the system rather than those who depend on it. From health to housing, we have an entire cohort who disproportionately benefit from state spending precisely because they maintain this paradigm. They massage the narrative that people are helpless deserving cases giving rise to a culture of victim politics. The greater your victim status the more state largesse is lavished upon you.

And this goes someway to explaining yesterday's post which seems to have cause something of a stir. The short version is that I do see quite a lot of potential in Brexit to reboot British politics, not least because a trashed economy would finally settle this stagnant politics of ours. It would be the final big push to wean the British off the state.

I suspect the reason the post went viral is because it's probably the first time Grauniad hacks have seen honest Brexit motives out in the open. I see Brexit as taking toys away from spoiled toddlers - and if we can't stop a hard Brexit then there is still a lot to be said for going the full monty rather than preserving the dismal status quo of retail politics. I can see how it will culturally reinvent Britain.

One of the very worst aspects of New Labour was how it bureaucratised childcare, bringing it inside a regulated sphere so that struggling families have to pay exorbitant fees just to make sure their offspring do not stick forks in power sockets. It destroyed the culture of voluntarism and community based social initiatives - making childcare possible only for those who can afford it.

In every area of life the state has sought to insert itself to the point of making people hopelessly dependent on it rather than each other. Even the upper middle class dump granny on the council as soon as she becomes inconvenient - and naturally the state pays. We are culturally conditioned to depend on the state to the point where workers in Britain put less of their wages into savings than counterparts in nearly every other country in Europe. One third of Brits are fiscally illiterate. It makes us feckless, frivolous and selfish.

We are told that EU membership safeguards our prosperity. That is another way of saying it preserves the status quo. Well, sorry to break this to you, some of us (quite a lot of us in fact) voted to break the status quo. As much as I thnk British politics has exhausted itself, I think the culture of state dependency is toxic. I look around me and I see a system that has shattered the family. We have struggling single mums while we have a rise in single male suicides. What's wrong with this picture?

For decades now we have amassed a herd of sacred cows which are beyond question – from the NHS to Trident, from education to dentistry, all are suffering from deeply entrenched political dogmas and withering on the vine because of it. We have social provisions that are not in any way costed and are increasingly unfair to the young. Britain is spoiled rotten.

Between the EU and our entrenched establishment we are incapable of making substantial and meaningful reforms and that which we now call radical is but meagre tinkering. I hold the view that important decisions have been deferred through political cowardice and it is holding back economic and social progress. It might well be that we do have to take a step backwards to reorder our economy to make it one more befitting a globalised world.


Much of the core arms of social welfare and state provision are the last remnants of post-war socialism. We are in denial over their effectiveness and everybody wants the cuts to happen to someone else. Since we have a political establishment incapable of taking those adult decisions, I do not mind at all if Brexit forces their hand.

Once the public is forced to rethink their choices, forced to look past the state to solve their immediate problems we have a chance at cultural reinvention. David Cameron could never bring substance to his "Big Society" ideals, but I recognised what he was getting at. I've even seen it in practice among the Polish community who help each other out in ways that we don't. The state as a backstop means we don't have to interact - and that is what has killed social entrepreneurialism.

And this is at the core of Conservative values - encouraging people to be self-reliant self-starters, organisers and volunteers. It is the knowledge that this is the essence of personal growth and the bedrock of community.

This is what Theresa May was getting at with her Citizen's of nowhere speech. She sees what I see. Frivolous, rootless people with no commitments and no sense of obligation simply because there is no imperative to be anything else. She quite adequately describes the self-absorbed whining entitled young remainer who is all too used to being able to graze on the land without any sense civic obligation. Shallow people who buy into the empty sloganeering of the EU.

I am no slash and burn free marketeer as this blog has made very clear. I do not share the economic radicalism of the Tory right and if they get their way then it will be an economic calamity. I will continue to oppose their reckless approach - but I will not shed a tear if Brexit drives a horse and cart through the British state and shreds the political impasse.

Without breaking the status quo we would continue in the deadlock of retail politics, continuing to prop up the great British ponzi scheme, robbing the youth of opportunity and vitality while imported labour leaves them trailing in their wake. Brexit gives the country the kick up the backside it has needed for decades. Britain has had it too good for too long and a bit of creative destruction is exactly the right medicine.

To this end I will take the hardship and all that comes with it for a chance at a society that is better than this. One where people look to themselves, their friends and families before they think about filling in a form.